Why are there 2 versions?

How Estimated Rewards are Calculated

Variables: Expected Rewards = how much IONX a user can expect to earn User Pool Balance = user's balance of IONX or IONX/ETH in the staking pool Total Pool Balance = all IONX or IONX/ETH in the staking pool Epoch Multiplier = Starts at 1 and progresses to 0 over the course of an epoch, making it so users who are in the epoch for longer get higher rewards than those who join towards the end

DISCLAIMER: The stated APR (the 'Rate') is denominated in terms of $IONX, not USD or other fiat currency. The Rate is a forward-looking projection based on our good faith belief of how to reasonably project results over the relevant period, but such belief is subject to numerous assumptions, risks and uncertainties (including smart contract security risks and third-party actions) which could result in a materially different (lower or higher) token-denominated APY. The Rate is not a promise, guarantee or undertaking on the part of any person or group of persons, but depends entirely on the results of operation of smart contracts and other autonomous systems (including third-party systems) and how third parties interact with those systems after the time of your deposit. Even if the Rate is achieved as projected, you may still suffer a financial loss in fiat-denominated terms if the fiat-denominated value of the relevant tokens (your deposit and any tokens allocated or distributed to you pursuant to the Rate) declines during the deposit period.

This video has a walkthrough of how APR is calculated for an identical rewards program: https://youtu.be/Maq-KxPv8W4?t=504​ 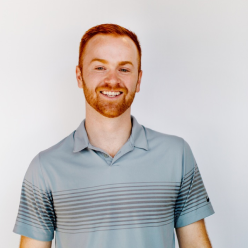 Last updated 2 weeks ago
Contents
Overview
V1 vs V2
How to use rewards.charged.fi
How Estimated Rewards are Calculated
Annual Percentage Return (APR)